Rebirth… the song I wake up to every morning; Rebirth… the song one of my friends call sad & hopeless, but which I cannot help feeling joy and warmth when I hear it… Rebirth: the song that I cannot be without, ever. I’ve been working on this article for over a week, and it has never been so hard to write about a Poets of the Fall song.

There is something strange at work when Rebirth is playing. I have been listening to the song a whole morning but I’ve been drawing a blank… like being numb. This is the only song from Poets of the Fall that has such an effect on me. It is my nemesis and my saviour. This version goes even deeper under my skin because of Triosis / Triosis+ participation.

Let’s see if I get this right, on the violins should be Iiris and Klaara; on the viola should be Vilma; on the cello should be Elina. Did I get it right? I hope so.

The close up on Triosis+ at the beginning, both visually and musically as they start playing sets the tone for the entire song. It is the same mood as the original amplified ten folds.

After the first chorus, Iiris and Klaara – good guess? – play pizzicato (plucking the strings) and it reminds me of some Ghibli movies where drama meets hope. It’s a warm feeling and sounds really beautiful, giving the song a light and – dare I say – cheerful touch. I love that.

I was expecting the strings to bring an extra layer to Rebirth and I was right. Tears jerking moments especially when I close my eyes and crank-up the volume. I was already addicted to Rebirth, but now the addiction is incurable. 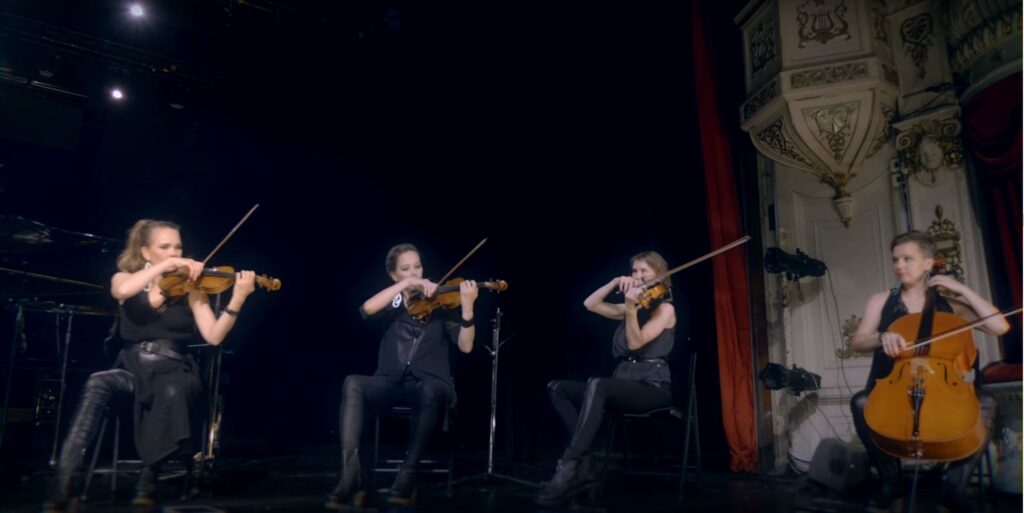 There is no better setting than a beautiful theatre to play Rebirth. The close-ups and wide-angles are tasteful, the editing is humble and precise. The playing is perfect! I have been wondering what word I should use to define this version of the song, and every time, “soft” pops-up in my head. Only, that’s not it… I usually call Rebirth my “blanket song” because for some reasons, it makes me feel safe. When I listen to it, nothing else exists around me almost like it hypnotizes me. “Soothing” would be a better word…

I wrote it was both my nemesis and my saviour. Although it makes me feel safe and good, it also makes me disappear in a way as my surrounding fades and nothing else exists other than Rebirth.

The music is undeniably beautiful. Markus at the grand piano, as discreet as may be, gives the song a stable, strong yet fragile atmosphere. But to me, Marko‘s singing is what moves me to the core. I cannot define it other than out of this world. I am not exaggerating since it is my truth, my perception. There is something mystical when he sings so low and then vocalizes on the opposite range.

I love the video and the editing is gorgeous. Dear Poets & Triosis, you show so much humility and such tranquillity as you play, it matches the song perfectly… no, in truth, you are the song, all ten of you on the beautiful Alexander Theatre stage. It’s never been as obvious to me ever before. 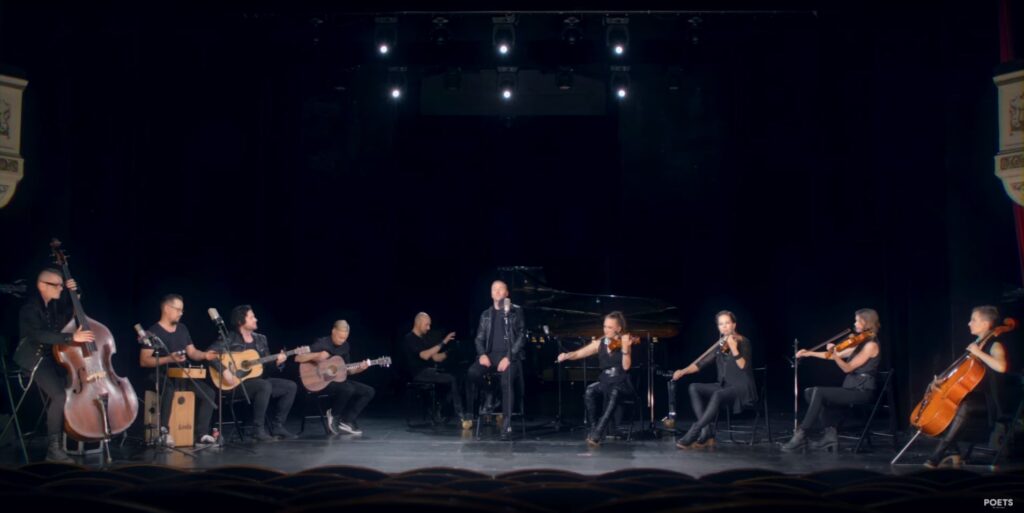 What’s so special about Rebirth

As I said, Rebirth is my “blanket song”; the song that no matter what is going on in my life, it’ll always match how I feel. It is the song which acts like a balm when I am in pain. The song that makes me cry when I need to let go, calms me when I am angry and holds my hand whenever I need it.

I think it is about loss, probably very close to what Angel is about. Truthfully, I don’t really care… well, I care obviously, but the original meaning behind the song is none of my business. What it means to me is more relevant (I know Marko would agree with that statement).

Beyond the loss of the song, there is such peace in the words and so much love that it is impossible not to relate. Rebirth has it all. All the emotions that one can go through in a lifetime, they’re here. It’s beautiful, painful and soothing. I thought I’d dig deeper, but I don’t want to. Rebirth is not one of those songs that should be peeled to uncover whatever is hiding in the words and the melodies.

Rebirth is THE song that has it all. 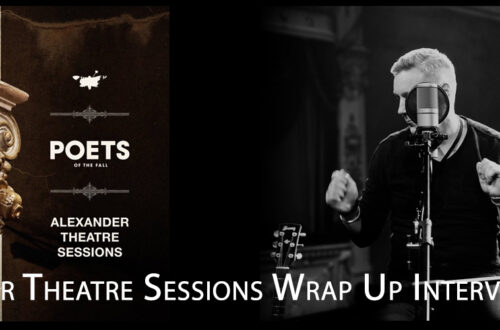 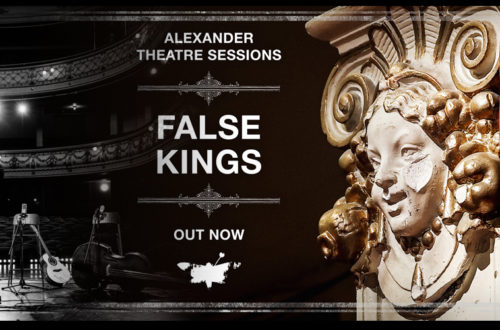 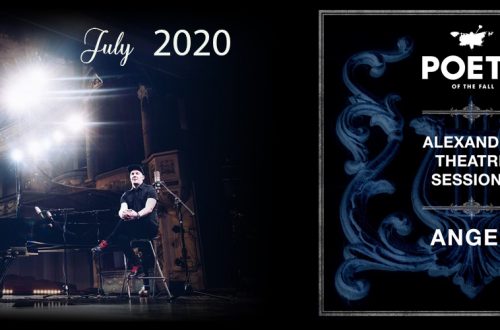