I thought today would be a writing-free day since I posted something “kinda” new yesterday, however, it would seem that my fingers are itchy for typing… what, you might ask? hmm, anything I suppose. I could of course translate the posts that need translating in French, but let’s not get carried away… it’s still Sunday after all. Now, yesterday afternoon I wrote something in my notebook that reads: next post Crystalline. Lovely! But not today, no. Today, I might as well just go back in time as a little experiment, for which evidently I won’t tell the purpose.

Before I go on though, there is something I have been wondering about for a while now and I need it out of my system. The first Poets of the Fall album is called Signs of Life, but there is no song with that title on the album. Nothing strange about that except that the fifth album Temple of Thought bonus edition has a song called Signs of Life. Why did the band wait so long to release that song on an album? And why was it not included on the first album? It might just be a detail, but it seems a bit odd to me… just saying.

This is one of my favourite albums from Poets of the Fall, mostly because it offers a huge variation of moods and emotions. It is the album with Someone Special and Sleep, but also Lift and Save Me. There is a lot going on with this album and the first time I listened to it from beginning to end, I realised how special Poets of the Fall were – and still are. Maybe this is the same thing, but I’d say that not only do they have both feet on the ground, they are genuinely humble…  They are exceptional musicians and they have an ideal vision of life despite all the struggle and ugliness we witness every day. Marko, whose name is Mark on that album (the same way Olli‘s name was spelt Ollie… newbie me was very confused which, in all sincerity, is my natural state of being) has a sharp quill wrapped in silk. To me, Signs of Life is defined by these words that Marko says at the end of Illusion & Dream:

For a long time, I understood only half the message of the song, therefore I was a bit disappointed by what I mistook for negativity. With better acquaintance to Poets of the Fall, the music and the words, I realised how wrong I was. I understand now how my mind rejected the hopeful twist that the song offers. I heard only what suited my state of mind then, but today, I can safely say that it is a song that I’ve known all my life. What is it that makes that song so special and why did I pick it today of all day? Let’s find out!

Betrayal and disillusions are what comes to mind… thus throwing me back to the past and how I used to be. It is a bit scary that, but at the same time it is quite amazing to realise how long a way I have come since then. Lack of self-confidence, constant self-doubt and massive trust issues were defining my every move, not to mention the need for being acknowledged, noticed even, or my urge to hide from the world – if not myself. It is a bit contradictory I know, wanting to be noticed and at the same time having a pathological wish to hide.

All good intentions, misplaced care from those who thought they knew but did more harm than good for they did not understand my needs… nor did I, mind you. All this does not last though, because the more I learnt about myself the more I could either explain or just chose the path that suited me best. Of course, all this takes time. It rarely happens overnight. Everything Fades is but a reminder, an assessment of what is and what ultimately will be as long as I do not give up… and I don’t as you well know by now.

There is no point in second guessing the past choices for everything happens for a reason, even if one doesn’t always see it at the time. I am well aware that I have often written on the subject and that this might be a bit repetitive and heavy for a Sunday morning. The thing is… The thing is that it is good to look back now and then. I don’t dwell on the past anymore, I just use it to brighten the present and build my future.

Outside the box lies this recurring dream

As I talked with my therapist on Friday, I told her how I saw myself when I think and look outside the box – which I do more and more these days. I told her my funny thoughts on what I looked like. There is no secret here, so I might as well share a little with you. I am not taller, but slightly thinner than I am now. The clothes I wear are almost the same as I do today, but I wear heels (which I cannot do today for various reasons, heels are a safety hazard if you ask me, but they look cool); I have long chestnut hair with honey-gold highlights. My eyes are exactly the same and so is my smile… all in all there is no big difference (except no grey hair, duh). I told her about this dream I have… I am a professional translator and I am arguing with a client on the phone. He wants me to translate his newly written book, but I consistently refuse to do it because I have found out that his book is pure plagiarism. It is a very weird dream. My therapist said something interesting after hearing this. She said that this could mean that I might not be supposed to translate the books of others, but rather write my own. Something to think about… and this brings me back to the quote above. It might take a while, and I might have self-doubt now and again, but the path I am on is the right one for me.

I’ll conclude this post with this: unnecessary things fade while the essential remains whether we like it or not… it is our job then to acknowledge and embrace them. 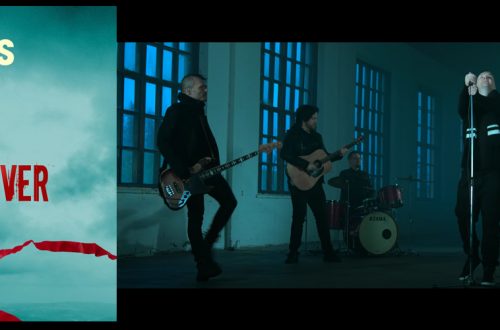 Poets of the Fall – Stay Forever

POTF – Someone Special, one year or so later

Poets of the Fall – Songs of the day

We use cookies on our website to give you the most relevant experience by remembering your preferences and repeat visits. By clicking “Accept All”, you consent to the use of ALL the cookies. However, you may visit "Cookie Settings" to provide a controlled consent.
Cookie SettingsAccept All
Manage consent

This website uses cookies to improve your experience while you navigate through the website. Out of these, the cookies that are categorized as necessary are stored on your browser as they are essential for the working of basic functionalities of the website. We also use third-party cookies that help us analyze and understand how you use this website. These cookies will be stored in your browser only with your consent. You also have the option to opt-out of these cookies. But opting out of some of these cookies may affect your browsing experience.
Necessary Always Enabled
Necessary cookies are absolutely essential for the website to function properly. These cookies ensure basic functionalities and security features of the website, anonymously.
Functional
Functional cookies help to perform certain functionalities like sharing the content of the website on social media platforms, collect feedbacks, and other third-party features.
Performance
Performance cookies are used to understand and analyze the key performance indexes of the website which helps in delivering a better user experience for the visitors.
Analytics
Analytical cookies are used to understand how visitors interact with the website. These cookies help provide information on metrics the number of visitors, bounce rate, traffic source, etc.
Advertisement
Advertisement cookies are used to provide visitors with relevant ads and marketing campaigns. These cookies track visitors across websites and collect information to provide customized ads.
Others
Other uncategorized cookies are those that are being analyzed and have not been classified into a category as yet.
SAVE & ACCEPT