We’re still here! Smiling and expectantly looking ahead 😀 How did you get on… Are you alright? What did you do to better cope? ♥ I virtually visited my family every day, chatted with friends and listened ceaselessly to Poets of the Fall. 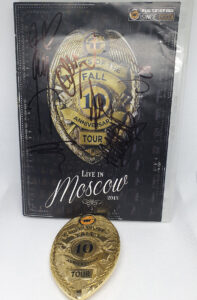 Do you know, Poets of the Fall magic is all around ♥ whether it’d be in music, thoughts or in dreams. And yet, I miss you ♥ I miss the band ♥  I miss the palpable magic, the energy & the communion. In that spirit, I wanted to write something special, for and with you – Poets fans & Poets.

Nothing fancy really, just a “few” words from the heart to you all, to show my gratitude & remind you that you matter. So today, Poets Fans and Poets of the Fall have the floor too on PotF – Misfit Heart.

I chose Poets of the Fall live in Moscow 2013 for obvious reasons as stated above, because it brings me incredible and boundless joy, and more importantly… because – even if you do not have the DVD – you can watch it on Poets of the Fall Official YouTube Channel. This way you may spend a magical time in the band’s company and we can share the experience together. Sharing Poets of the Fall‘s music is what it is all about after all… thus spreading the love & making friends along the way.

Happy Holidays, whether you celebrate or not… Be safe, smile to one another & be kind! See you soon. Love, love, love!

Poets of the Fall magic: from couch to live venues

As I usually say, I took the bandwagon kind of late, in 2016. I bought all the albums at once and listened to them weeks in and weeks out. I watched the videos until I dropped and then you beautiful Poets of the Fall family were talking about the shows (between yourselves at first). You got me curious and lo and behold here was the magical Poets of the Fall live in Moscow DVD. It must have been fate!

I still did not know the band so well back then and was full of prejudice when it came to live recording. I thought, no way the singer can pull off his Cradle in Love voice live… no way, the energy from Lift can match the album, etc. Well you can imagine my train of thought. I have never been so happy in my life to be THAT wrong. Even The Happy Song grew on me and gets me the kicks I need to finish my work-day in style.

and you know that we love you!

Needless to say that I wanted more and promised myself I would go to a Poets of the Fall gig, to get the feel of it… just once, you know… to be fair, I was warned but did not believe it. One became two then three… then nine gigs in just a little over one year. Time well spent but many freezing queueing to get front row  😆 but that is another story.

Live in Moscow 2013 – Poets of the Fall Magic at work, full speed ahead

Before I hand it over to you…

I have been listening and watching intermittently Poets live in Moscow for the entire week in order to write this post. The first thing that stroke me is that I really couldn’t get enough (hence the full repeat button on) compare to a few years back, watching once was enough. Poets of the Fall magic is in fact Poets of the Fall effect and the ripples never stop. Moscow 2013 celebrated 10 years of Poets of the Fall… soon another ten years to be celebrated, though next year, they reach majority!  😎

I do remember the first times I watched… from the generous eye contacts with the audience, to Marko singing to people, or the smiles and complicity of the guys on stage I was hypnotized with a smile that did not leave my face for about 1,5 hour. I don’t have much space to go track by track and there would be no point in that. However, I need to say this: the end of Sleep, when Marko sings so low, it gives me Rebirth shivers. The Ballad of Jeremiah Peacekeeper, Stay, Running out of Time… I could go on and on and on… Just watch the show! You’ll understand what I mean 😀

It’s the little things that make the world
– Stay, Poets of the Fall

Moscow, Russia – March 23rd 2013… I read that it was a very cold year throughout Europe and Russia, with heavy snowfall. In spite of that, you were there and lived Poets of the Fall magic for all to see. I asked you to share some nice memories with us, thank you for reaching out ♥ Oksana & Natasha.

♥ Even Marko & Captain were happy to join and send a comment about the DVD.

“3 pm in front of the Arena’s doors, fans were already queueing for the show and the doors would only open four hours later. It was a damn cold day.

I could barely feel my legs as they let us in.

Waiting was long and hard but something good happened and in the middle of waiting, the club staff brought a huge tea urn and plastic cups. Everyone out there, who was cold (we were about 30 people waiting already) got hot tea. I had a small bottle of cognac with me (I’m a smart one) so I shared it with a few people. No need to say I had visited this club many times before, but this act of humanity happened only once. I’m sure it was the guys’ idea.

The concert was great as always but kind of strange because there was a few operators with cameras on stage and a big camera crane flying in the middle, above the crowd. We stood on the left side, so they did not film us much. But you can see my face for a couple of seconds on the DVD.

Personally, I do not like this DVD so much because the director decided to put too many “chicks” faces in the film. It gives people a misconception of Poets of the Fall fans – like they were, you know, some kind of boyband. If you saw the crowd far from the first two rows, you could actually see lot of male fans too.

Before the guys started doing Meet & Greet sessions in Russia (the first one happened Autumn of the same year) the band had some kind of ritual to meet fans after the gig. Everyone who stayed at the stage for a few minutes could shake hands with the guys, get autographs and take a photo. I’m not a fan of this because it looked too messy for my taste, so I only watched the whole process.”

On Poets of the Fall magic, Natasha says: A hurricane of joy, a storm of emotions

“I will probably sound a little boring if I say that it was a typical Poets Of The Fall show, but if you are a true fan, you know what I mean: a hurricane of joy, a storm of emotions and endless, endless admiration (well, to be honest, I can never find the right words to describe this feeling of total happiness). It was quite an honour for us – Moscow residents – to host this show. I think we all felt kind of responsible to be a part of something special, so we did our best to make it as loud as we could!

During the show I stayed close to the stage and even could see myself a couple times on DVD afterwards. I can say I faithfully sang along and looked happy.

I also found a note I made in my diary right after the show. And it is simply full of gratitude and adoration. One phrase from it goes like this: “Feels like you [Poets] always know what to do to make the world around you brighter and how to touch something the most sacred deep inside – even the things we can’t confess to ourselves“.
And finally, the whole show looked so highly professional! We are already used to the fact that no matter what Poets do, they do it perfectly well. This show wasn’t an exception. Cameras, sound and of course the performance itself – everything was impeccable.

I’m not sure if I could fit even more admiration in here but I did try!

Thank you always, dear Poets Of The Fall. It was precious to be a part of this beautiful moment.”

Poets of the Fall: joint effort with our fans

When I asked the band if they’d like to say something about the live in Moscow 2013, they gladly answered…

“Making of the 2013 Moscow live DVD was living proof of what you can accomplish when you have wonderful people all coming together and having a mutual goal. As the DVD was crowd funded, we consider it a joint effort with our fans, and that gives the project that special magic.

Btw. The full concert is now available for everyone’s viewing pleasure, at Full HD quality on YouTube on our official channel (↓↓↓). Have yourselves a lovely night with it… and popcorn…  :D” 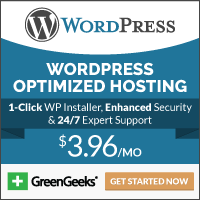