The Old Gods of Asgard (*)… the legend has crossed back into our dimension to serve us a mind blowing track called Take Control. Oh-My-Gods!!! I mean, have you guys heard it yet? Have you listened to those incredible – almost – 8 minutes? Oh-My-Gods!!! Phenomenal…

I have never been a video game “nerd”, like many of Poets of the Fall fans are, or even band members … but, I have to say that the song Take Control made me loose my marbles.  I invested in a Xbox One and for the anecdote that shows how much NOT of a geek/nerd I am… when I installed the console, everything worked fine but when I put the game disc to play Control, well, nothing happened. I tried everything from restarting the console to googling all possible troubleshootings one can have with a Xbox One… until I stumbled upon a video on how to set up the console. I did not need to watch it, the video thumbnail told me all I needed to know: my Xbox One was upside down! 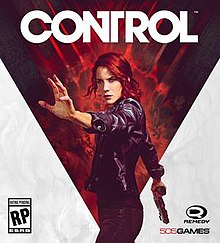 Alright-y then, now that you’ve had a good laugh, I may continue. So, you know me, I am a very courageous and strong woman, however, I am extremely sensitive – probably to a fault sometimes. Suspense thrills me but it puts me so much on the edge of my seat that I always tend to fall more quickly than I should. Why would I want, then, to play a game like Control? Well, I like a good story and I actually wanted to witness the Old Gods of Asgard in a game… and let’s face it, I am a Poets nerd… Yes, yes, I could have played another game like Alan Wake but it would probably not be a sensible choice for my sensitivity (what with zombies and stuff like that …)

I have started playing Control, but it took me forever to understand what I was supposed to do in the beginning… I figured it out, but my brain is not cut out for this… it will be, with some training… The joystick is very sensitive (maybe I can fine-tune it, but gotta find out how to do that too), so yeah, I died pretty quickly. I’m getting ahead of myself, have you seen a “chicken” go around a corner, not sure of what it would find? The chicken… that’d be ME! … starting the game and moving at the slowest possible pace so scared of something that would jump at me. Of course, it is just a game and I think it is good for me to play it.

Since my hubby and I separated it feels like I am spiritually spiraling out of control. I am not depressed or anything like that, but although I know – approximately – where I am heading, I used to have someone beside me going the same way. Now, it is to each, one’s own path – as it should be. I am not alone, but I am. We are great friends and see a lot of each other … but ultimately, we chose different paths therefore we are alone. So… Control could be one of my tools. I wanna play because I believe it will be fun… also, as I faced the many challenges of a game newbie… it might actually help me letting go of things that I don’t even know I am burdened with – outside the realm of gaming, evidently.  It is gonna take a while, but it is okay, I am in no hurry. In Control, I’ve passed the first tricky multi-shooters to get the gun (I think it was)… died multiple times there… and then I advanced a tiny wee-bit in the game, died too many times but passed (I have no idea how), and third dangerous encounter I keep dying over and over… but it is about taking control, right?! and it is not handed on a silver platter, whether it’d be in a game or in real life. You’ve gotta fight for it! 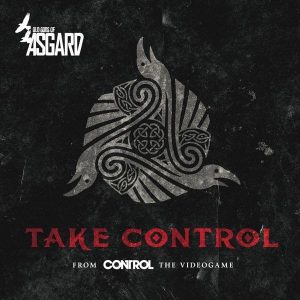 Poets of the Fall are in the habit of blowing my mind every time they release new music – no matter the genre. This time they outdid themselves… oh alright, it is not them but the Old Gods of Asgard… “tomato, tomahto!” The lyrics are scary, I don’t mean bad, but the story they tell is scary (to me). To’d ya, very sensitive indeed!

What is so good about Take Control? You may ask. Well, although Poets of the Fall love to experiment with different music genre and make the music that defines them at that particular moment, without having to put a real – nay any – label on it (most of the fans do that for them anyway), there might be some limits to what they can (or allow themselves) to create under the band’s name… golly that was a long sentence! Of course this is just a theory based on my gut feeling, nothing else. I believe, however, that the Old Gods of Asgard give them the extra freedom to explore and reinvente themselves a little further over the edge… an try another kind of … fun.

Musically speaking it cannot get more rock, borderline metal at times (a light kind, but still…), and those guitar solos, I mean jaw dropping… literally. But without putting any more labels on this great piece of music, it is about eight minutes of bliss. I love it and I call it my energy booster. So much so that I updated my playlists (added the song three-four times in the same playlist). The tunes get easily stuck in my head, what about you?

Marko sings with a twist that is not really Marko-poets but rather Marko-gods… it is still plenty playful when need be. It is rumoured that his name could be Odin… the lyrics that I mentioned earlier, since I have started to play the game, well I get them a little better – and they still sound scary to me. There is the bridge, just before the guitar solo, that kind of strung itself to my heart and I cannot really explain why but it really resonates with me:

The solo that follows these words brought tears to my eyes more than once, and chills and nameless emotions running up and down my skin. The power of music…

In our interview with Marko Saaresto a few months back, I said how surprised I was that My Dark Disquiet wasn’t the new single release to which he’d answered: “Surprise!”… but now, we learnt that My Dark Disquiet is actually featured in the game Control and that there is going to be a music video too… Surprise! you can say that again… So, not only one of my absolute favourite songs from Ultraviolet will get a music video after all, but Take Control is now part of my top 5 Poets of the Fall / Old Gods of Asgard songs.

Enjoy the music, enjoy the game and stay tuned for My Dark Disquiet…

Notes:
(*) For those who don’t know, the Old Gods of Asgard are somehow Poets of the Fall‘s alter ego… they don’t exist in our reality but they do in video games like the brand new Control, or Alan Wake by Remedy Entertainment.