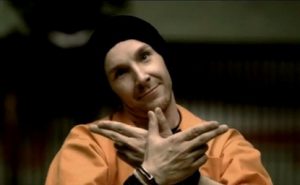 These are the eternal questions which never get fully answered, or that have so many answers that nothing makes sense in the end… the truth is, it does not have to. Anyway, my friend and I got carried away as we were chatting about our favourite subject: Poets of the Fall ?. She told me: “Wouldn’t it be cool if we found more than one song with the concept of light and shadow as Marko sings it in Moonlight Kissed?”

I see shadow and light stroking the mist 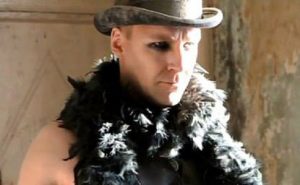 I thought it would indeed be rather cool, so I investigated and to my surprise, I did not find another song with shadow and light used in tandem. However, the more we gotta talk, the more we realised that although they were not named as such, lights and shadows are all over Poets of the Fall‘s creation. All one has to do is look beyond the words and see them for who they are. Hamartia and Jeremiah Peacekeeper… 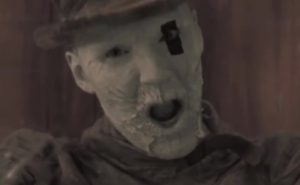 Jeremiah was born out of despair and love, I believe, since he is the evolution of Zoltar (from Carnival of Rust). This means, in my book, that Jeremiah symbolises the good but also what is not theoretically easy. We all have two sides, just like any coin, and whether we choose to be good or bad is entirely up to us. But ultimately, we are both, always and when one realises that, it can get scary… or liberating. Zoltar and Jeremiah are issued from the first trilogy. Zoltar comes from Carnival of Rust and Jeremiah comes from Temple of Thought. Furthermore, the latter is the album with a visual concept of “good and bad” with the tarot card on the cover… card that appears in the music video Carnival of Rust… not exactly as such, but a tarot card nonetheless. Are you with me so far? First trilogy with a predominance of good, and a dash of evil showing the tip of its nose on the cover art… but, as my friend would say “hold your horse”, because there is more… while Temple of Thought belongs to the first trilogy, it is the band’s fifth album. 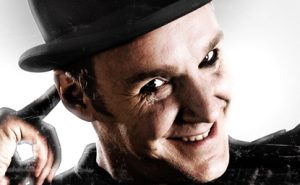 Before it, came the best of Alchemy Vol.1, with an in-between version of Zoltar, before he became Jeremiah… The grin is not so friendly and therefore the transformation could have gone either way… There is a little bit of a jester in the grin, don’t you think? If it is the case, one could even talk split of personality. Therefore, while Carnival of Rust Zoltar has more of Jeremiah’s spirit (that is my own belief), Can You Hear Me Zoltar (from Alchemy Vol.1) is leaning towards the jester… soon to be named Hamartia. What does it tell you? 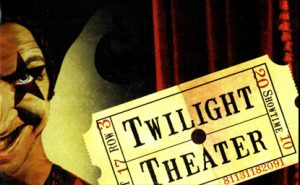 It tells me that one cannot exist without the other. Without darkness there cannot be light…

Without silence, there can be no music
Marko Saaresto

Same but different?! Lights and shadows could somewhat be a metaphor to define the relation between silence and music. Of course, I am stretching the idea and I admit it is a bit far-fetched, but at the same time, it could make sense. Anyway… moving on!

The Jester was born before the second Zoltar, if you look at the albums chronologically Twilight Theater was released before Alchemy Vol. 1… So the original Zoltar is evolving and because of the emotional chaos that life puts him through, he is first shifting towards the jester and then more of a grown-up Zoltar in Alchemy to finally settle for Jeremiah Peacekeeper who is a ghost… and my favourite character. All this is my own interpretation of course… Where does this leave us in term of character evolution? The jester needs to evolve too and he does big time… but is it possible for it to evolve while the other does not? We’ll come back to that… 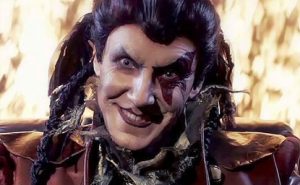 Hamartia, is what the jester’s name is. According to the dictionary, it is “a fatal flaw leading to the downfall of a tragic hero or heroine.” This could mean that, since Jeremiah is a ghost, Zoltar has fallen and become Hamartia the jester. This is a sad realisation but, metaphor aside, we all go and grow through that kind of changes. Doubts and challenges are crowding us more often than not, and it is how we deal with them that defines us. To me, Jeremiah is perfection, and we all know that perfection does not exist… however, we can all strive to get as close as possible to what Jeremiah stands for. Jeremiah is the tragic hero fallen… to Hamartia… has he really? or has he evolved to become the ghost in the machine, the Hopecatcher to whom we are all holding on to when things don’t go our way. 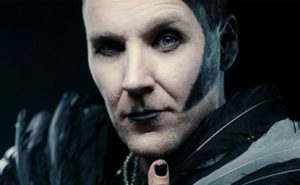 Hopecatcher, my friend told me he was an independent within the storyline of Marko‘s characters. I do not believe that he is. There are a couple of obvious commonalities between him, Hamartia and Jeremiah. He is both… the star on the eye has moved (but is still there, to remind us of Hamartia) and he is wearing black feathers (like Jeremiah)… I call him “Hopecatcher” but in truth, Hopecatcher is the key his is giving to the woman in the video… what does this mean? In terms of characters, I think it tells us something very important: being both “good and bad“,  “light and dark“, “loud and silent” is the key to be you… it is the key to truly BE… in harmony with all. 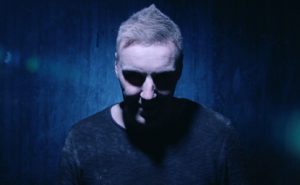 Once you’ve figure that out, you can start pilling off the mask and embrace the craziness within… you can start to untwist the web that got you stuck wherever it is that you are… You can show everybody who you are without being afraid of the consequences, because in the end, life is too short to be someone you do not want to be, someone you are not. 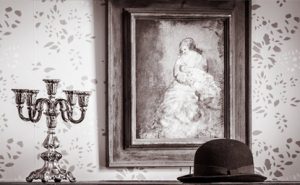 This is what Poets of the Fall work is about for me, but it is not to show us… it is for Marko, Olli, Markus, Jani, Jaska and Jari to find their own way through life. Their creation somehow might actually define them as men, their journey and in the process, they are just reminding us that we are all the same. We love, we hope, we hate, we despair… but ultimately we all get back up and move on since giving up is not an option. This is the brilliance in these characters that Marko has created… they all are Marko and he goes invariably from one to the other and mixing them, to find himself. The bowler hat… Zoltar… Jeremiah… always around forever, just like love!

We might revert to the old ways now and then, the more we grow the better aware of it we are… and therefore could do something about it… or not! ? 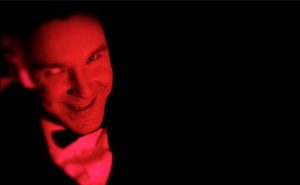